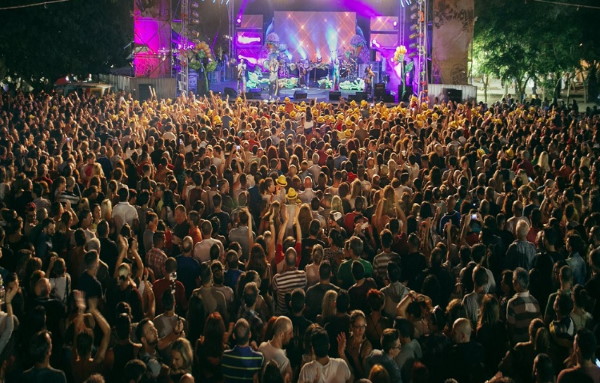 Love craft beer and microbrews? You’re totally not alone. Beer that’s brewed on a smaller scale has a lot more personality than what you’ll find from one of the major international breweries. Now, that’s not to say that it’s not a good time to kick back and relax with a Bud or a Coors Lite, but there’s something special about opening up a beer that only a few people have ever enjoyed.

And when you throw music into the mix, the experience is even better. That’s why it’s no surprise here that so many music festivals have started incorporating different types of craft beer makers and microbreweries into their events. In fact, festival fans can look forward to a number of festivals in the coming months that specialize in great music and even better beer.

Now, this isn’t a complete list by any means. These are just a handful of the festivals that are making waves at the national level because of their dedication to highlighting some of the top small beer makers in the country. Be sure to check these out if any of them are located near you.

Held in Floyd, Virginia, the Floyd Fest hails “Freedom” as its motto. That’s a good word to use to sum it up immediately. The music has a freeform, genre-expanding feel to it as mainstream acts are rarely signed up to play. Instead, groups like Dharma Bombs and Mad Iguanas have frequented this festival. They’re groups that can appeal to everyone and have a huge amount of talent, even if they’ve never heard on the radio. Additionally, a ton of craft beer makers is always in attendance. Typically, these are local, Virginian breweries in attendance, but that’s definitely okay with us. This is a fun festival with great beer. If you’re in VA in the summer, be sure to check it out.

RockyGrass is held in Colorado and has some of the best bluegrass and country musicians in the world. Johnny Cash even played at this festival once. It’s become revered as one of the best-kept secrets in country music. Some of the most talented bluegrass musicians in the world gather together here for an awesome experience. And the setting’s not too shabby, either. It’s held in a breathtaking canyon arena right in the heart of Colorado. And if you’re worried about the brew, New Belgium always partners up with this festival, so you can be assured that there will always be great beer here.

The Petaluma Music Festival, which is held in early August in California, has some of the most exciting music and beer you’ll find on the West Coast. The festival features an eclectic mix of alt-rock, blues, and ska music, making it one of the most varied festivals you’ll come across. There’s always a small-town craft show feel to the festival, too. Vendors from all over the area come out to this to support their community and peddle their wares. Whatever food, beer, or fun you’re looking for, the Petaluma Music Festival tends to have a taste of it. Lagunitas Brewing Company has partnered up with this festival in the past, and hopefully, they will continue to do so. It’s an amazing experience, and the music and beer make it all the better. If you’re out this way next summer, it’s definitely worth checking out. And if you want to feel even better about attending this one, a good deal of their proceeds go toward keeping music education alive and well in California’s public schools. It’s a good time for a great cause.